The narrative of the Piaggio is like a Mediterranean fairytale.  Who would have thought that a small business little truck would have morphed into a much hyped elegant swanky foodtruck ?

Obviously its future was engraved in the shift of urban center road policies where small foodtrucks were favored over regular big ones.

As the Aixam Mega truck production came to an halt, the Piaggio turned into the only viable alternative off the big trucks.

Rolling street went into a two year process to master the technological challenges that plagued the build up of an operative electric roof. Today we can guarantee an opening in less than 25 sec.

Do you feel the urge of a customization ? The vintage kit may fulfill your needs and morph your Piaggio into a retro truck. Shiny steel bumper, chrome rearview mirrors, all those tiny details that make all the difference in the world.

Two models are available. The lifting roof box and the regular box.

Since 2018 we have churned out a trailer replica of the Piaggio. 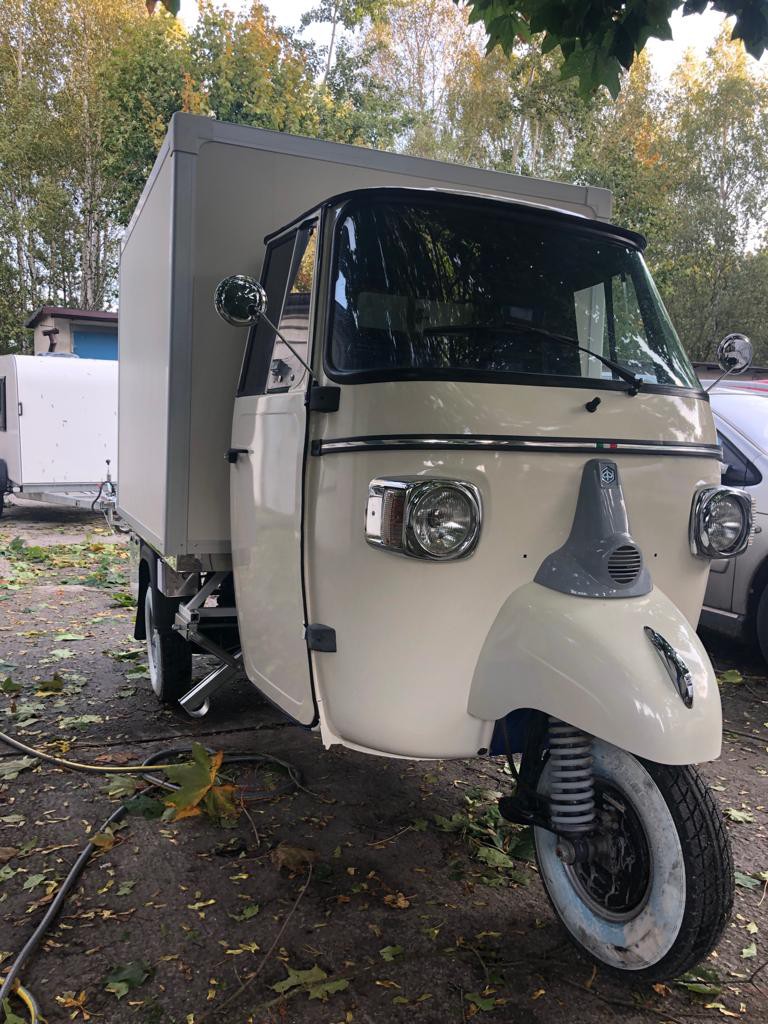 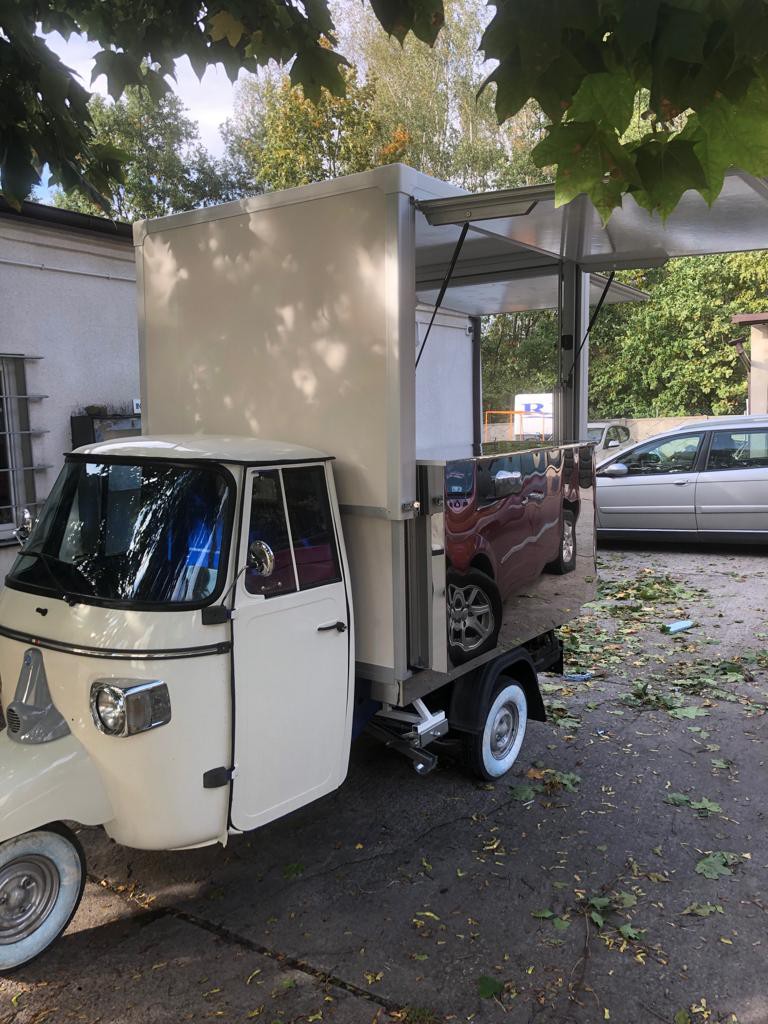 It is still in Italy that the first piaggio food trucks with a roll-up roof got some press coverage during trendy events. The Piaggio Classic was the eye-catching basis used for this new street food concept. But in 2013 Piaggio stopped the production of the Classic and replaced it by the APE TM.

The APE TM suggest an engine more reliable and a look and feel more ’70s’ oriented as the Classic was more streamlined into the 60s. 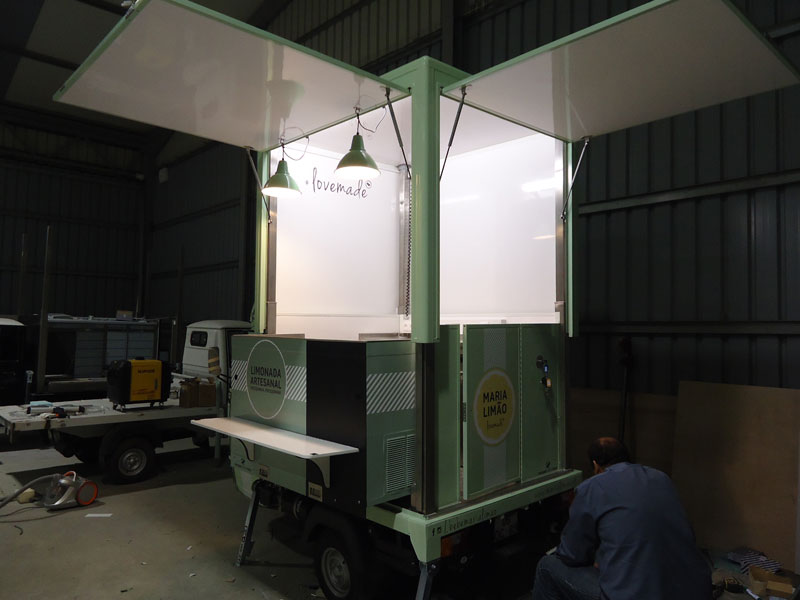 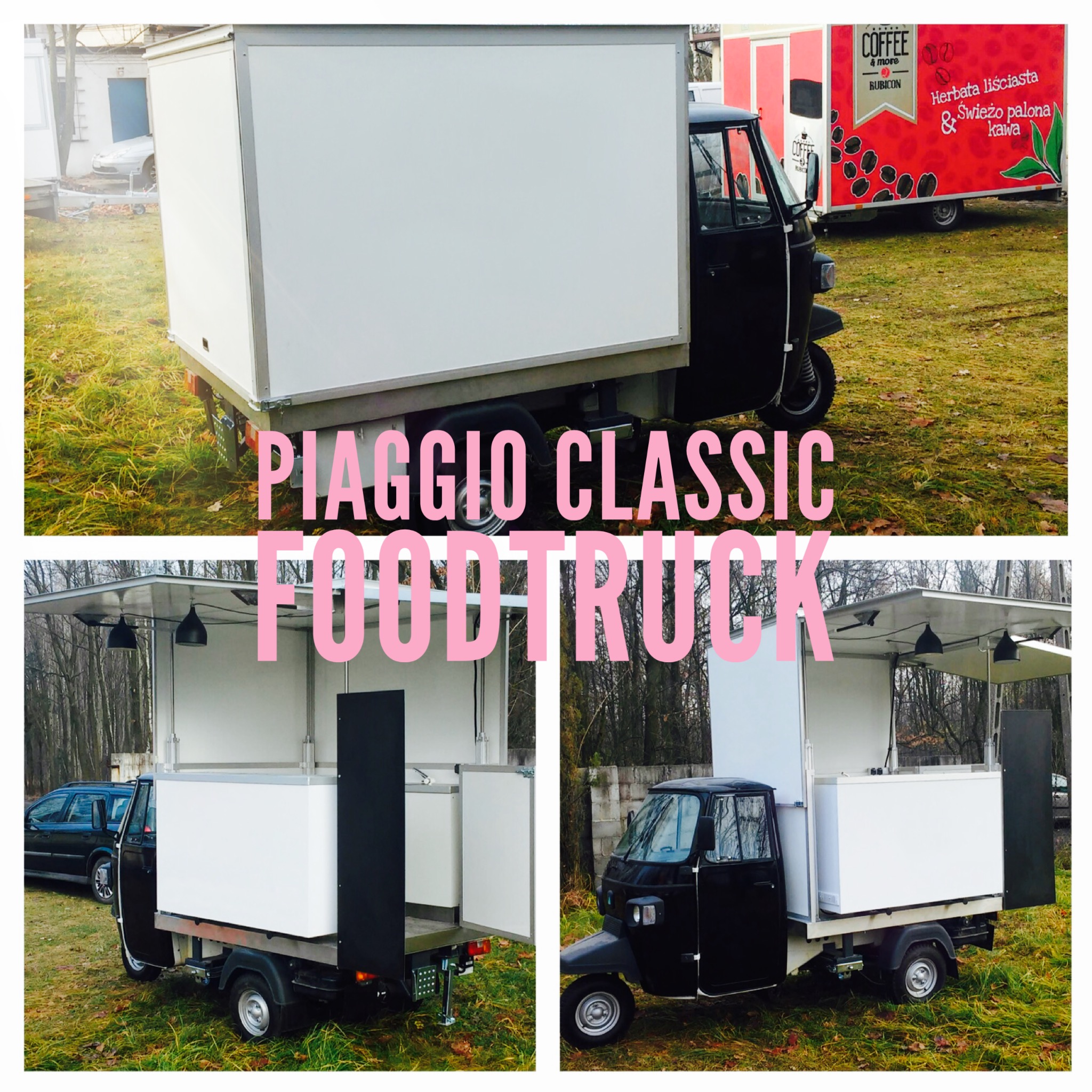 The Piaggio box is slightly smaller than the one of the Mega but it still can let you work at two inside.The roll-up roof make up for the higher basis of the truck and allow you to park in regular parking lot. The front counter is also movable and let you gain room on the working counter.

The APE is not dedicated to long distance drives. It is something you should really keep in mind before ordering one. While it’s eye catching look is a definite plus, its carry-on trailer transport mode can be a drawback for some of you. 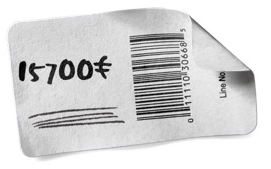 Piaggio APE and its molded box

Inside, in regards of the mud guard and the whole free space, equipements can be scarce. Un fridge under the counter, warming baths, pasta friers ou french friers, are the most common suitable equipments.

As you now understand, the Piaggio TM is mainly dedicated to snacking, pasta, trattoria…

The truck itself comes with a steering or a wheel. 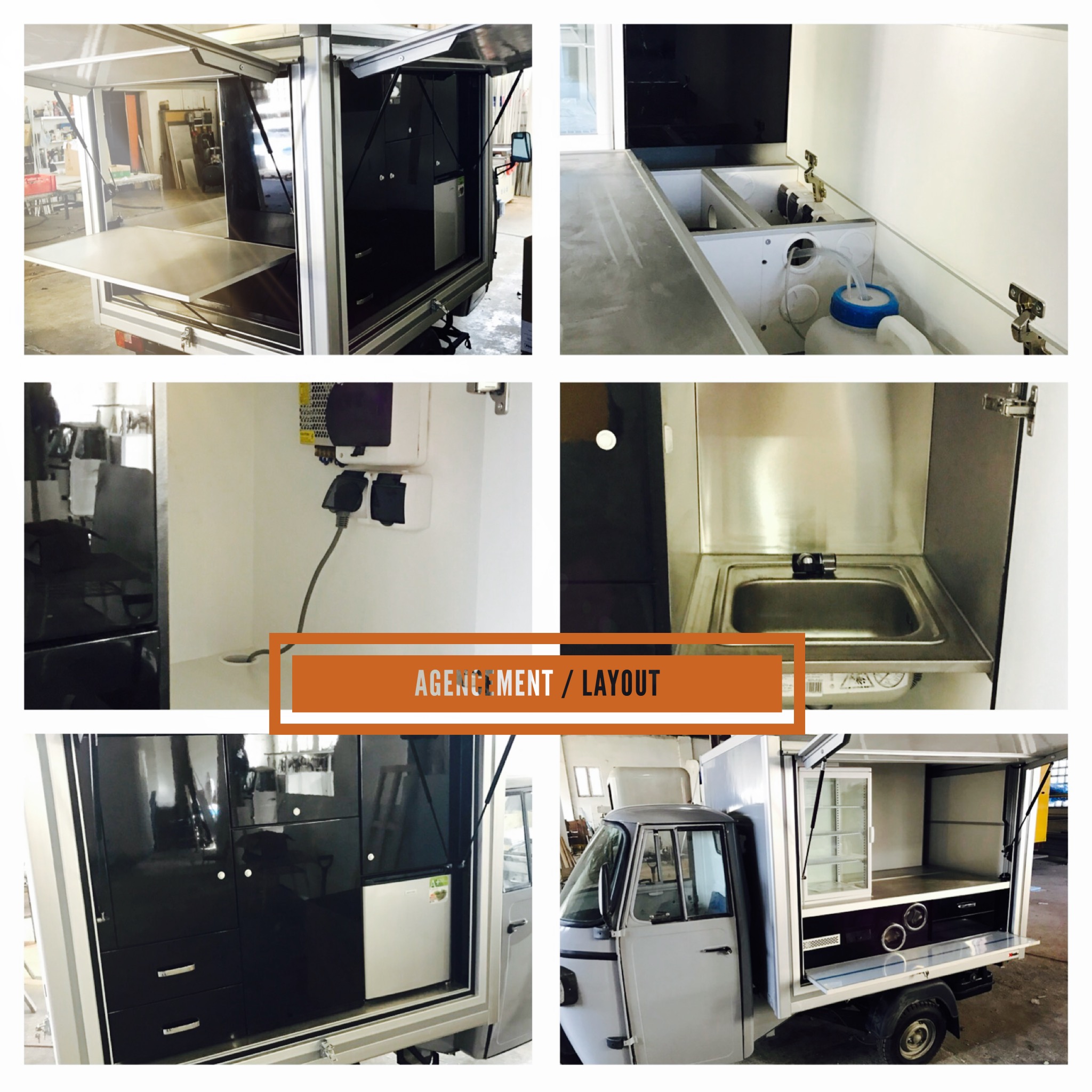